At Sligo Folk Park we are very thankful for the support we receive from our staff and the public on donating to our collection and helping to restore our heritage.

This spinning wheel was purchased in Dunmore by Edward McDonnell of Currisloustia, Ballinlough, Co. Roscommon for his wife Margaret in 1871. It was used by Margaret and passed on to her son Michael and his wife Honoria, who used it to spin wool as late as 1935. Their son William and his wife Annie gave the spinning wheel on loan to Riverstown Museum in 1994.

This spinning wheel is typical of the type used in the period in West Roscommon and North Galway. Spinning the wool was usually carried out with the help of one or more women from the village, as help was needed in “carding the wool”.

Once spun, the wool was then used to knit socks, cardigans and jumpers for the family. This reflects the self-sufficient nature of the people at the time.

Our master craftsman Danny has done a magnificent job in transforming this 19th Century spinning wheel into a fully functional piece again. We cannot believe how good the stand-up spinning wheel now looks. 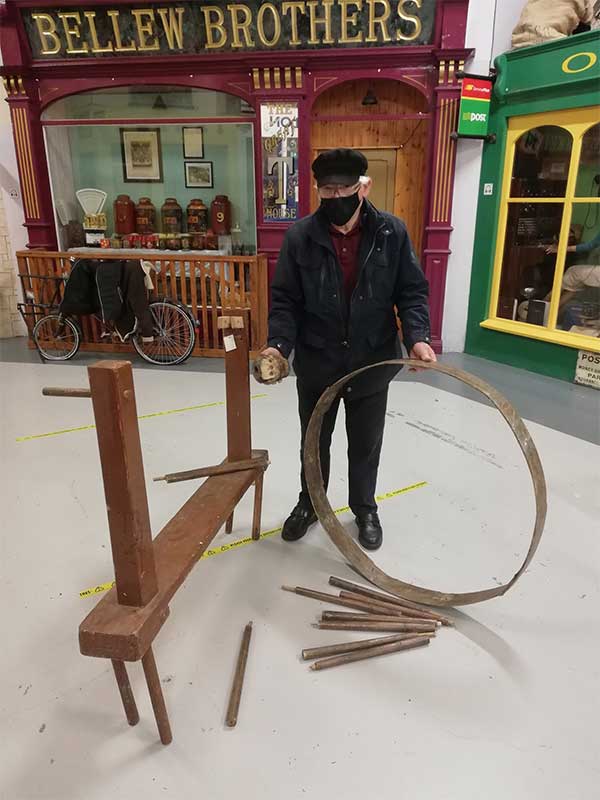 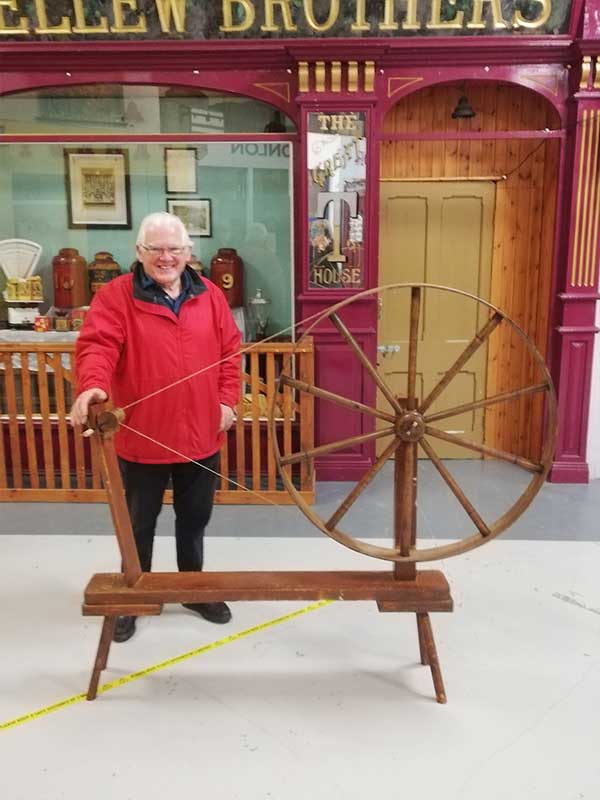 While moving the Old School House to its new home in Irwin House, we decided the old school sign should also receive a new lease on life.  Our team member, Brendan carefully and painstakingly restored the sign back to pristine condition, without damaging the original materials in any way.  Great job, Brendan! 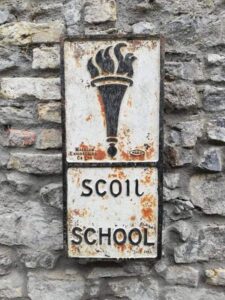 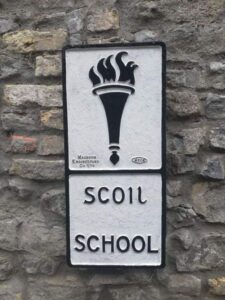 The Turnip Mangle was a common sight in many homes until fairly recent times.  Used to pulp vegetables for both home and farm use, they were the bane of existence for many a teenager on a cold winter’s morning.  We have several turnip manglers at the Folk Park, and this one, made by Pierce Machinery has been lovingly restored by Eadaoin, a member of our fabulous team. 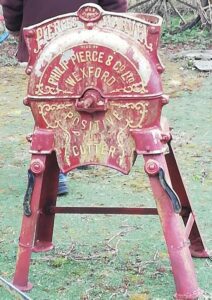 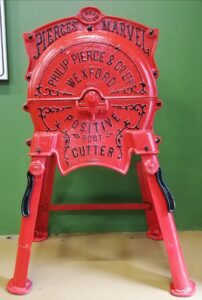 This Milling Machine was used to turn oats and other crops into fine grain.  It has been given a new lease of life by Bernard and Eadaoin from the Folk Park team in recent months and looks as good as new! 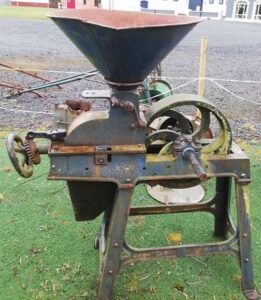 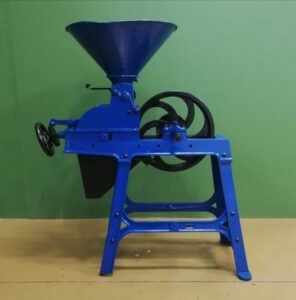 Are you old enough to remember when you needed to cut the lawn without the assistance of any petrol driven motor?  These Ransome Lawn Mowers were in almost every house in the first half of the 20th Century and now they are a collector’s item!  This one was restored by Danny (who tackled the wooden components) and Fiona from the Folk Park team (who handled the metal elements).  We think it looks fantastic! 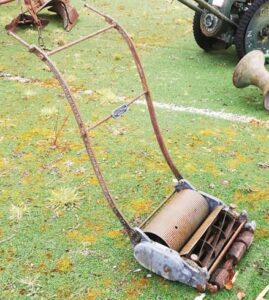 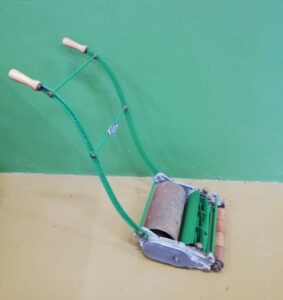 This item from the McGee collection is one we get many questions about.  It is a horsehair carder, used to separate the thick hair from a horse’s mane and tail into thinner strands for weaving or knitting. You may have seen sheep’s wool carders before – they are small enough to use with two hands.  The horse hair carder was another thing entirely, and a very specialised piece of equipment.  Brought back to life by Eadaoin in the Folk Park Team, you can find it in the section on wool and weaving in the Hands Exhibition in the McGee building. 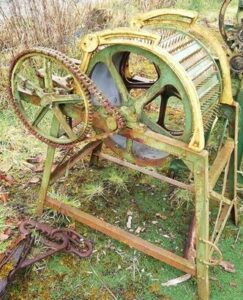 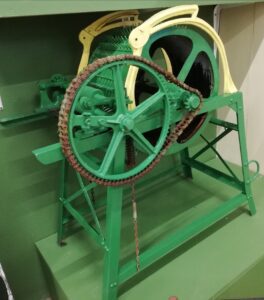 Do you remember when these lovely old street signs were everywhere around Ireland?  Now they’re hard to come by, with many in a state of major disrepair.  Our dedicated team at Sligo Folk Park have lovingly restored a number of original cast iron street signs, and they’re now proudly on display in our Village Street.  It’s a pleasure to see these items come back to life and have a new purpose, surrounded by many other historical treasures and artefacts. 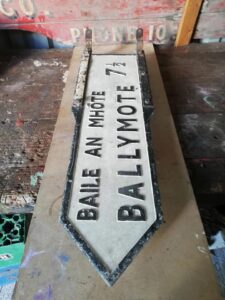 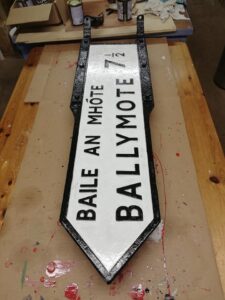